What is a Tent Show?

Once upon a time there was a great American institution called tent repertory theatre. All across the country, traveling companies of actors came to town once a year, erected a huge tent on a vacant lot and presented "a new and different play each and every night." A tent show is a genuine American folk theatre. Tent shows served as proving grounds for the talents of many great performers including Clark Gable, Jennifer Jones, Buddy Ebsen, Red Skelton, Irene Ryan, Milburn Stone, Lyle Talbot, Kathleen Nolan and many more.

For over 100 years, traveling tent repertory theatre companies represented an integral chapter of American theatre history. At their peak in the first two decades of the twentieth century, these traveling troupes numbered between seven and eight hundred. In 1927 Don Carle Gillette, editor of Billboard, offered statistical evidence in the New York Times concluding that at the height of the tent show activity "the canvas playhouses of the country now constitute a more extensive business than Broadway and all the rest of the legitimate theatre industry put together." Even as late as 1949 Mr. Gillette reported in the New York Times that "Nearly 700 tent shows are expected to be on the road this year bringing drama and variety to 15,000 communities and playing to a total audience of over 75,000,000. This rebound from the slump of the Thirties will put tent shows back to within 6 percent of the 1929 peak."

The earliest tent shows, referring to shows that consisted of comedy or drama plays, music, and vaudeville, began in the early 1880's. At first the tent shows moved from town to town by horse and wagon. At the turn of the century as the railroad expanded the shows moved by train. Many companies owned private baggage and Pullman cars used to transport the show by rail. In the 1920's, the tent shows began traveling by truck which gave them greater access to towns not serviced by the railroad.

The first tents used for dramatic shows were the simple roundtop tents. The backwall of the tent was not hung to provide a place for the stage. The stage was placed on jacks and stringers in this opening, then a canvas roof and side walls were hung to close off the stage. The main disadvantage to the roundtop tent was the big centerpole that stood flush against the stage center blocking a clear line of sight. There is no record of who invented the first dramatic end tent, although they were proved to have been invented before 1900. This invention eliminated the center pole in front of the stage and allowed for clearer sight lines. Tent sizes varied, but many dramatic end tents used were 60 foot wide by 145 foot long and seated an audience of 1,500. Sarah Bernhardt's show traveled with a tent that could seat 4,800.

Tent shows played a three day or week long stand in each town. The performances typically started at 8:00pm. The show began with a 30 minute concert by the orchestra. Then a three or four act play was presented. Between the acts various specialties were featured, magicians, song and dance teams, ventriloquists or jugglers. Some tent shows presented an "after show" concert for an extra admission charge.

Although not all tent shows performed "Toby Shows", the shows that survived after World War II were all Tobys. 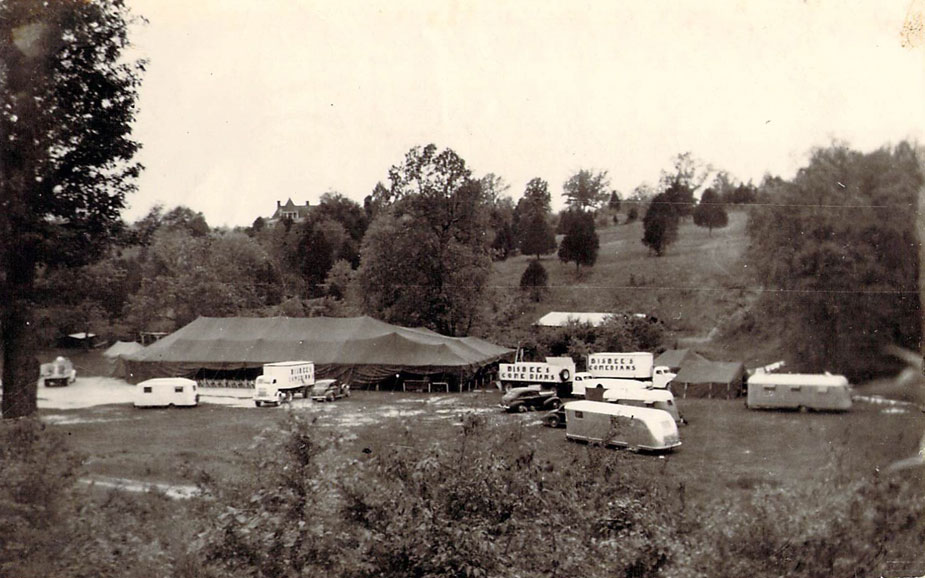 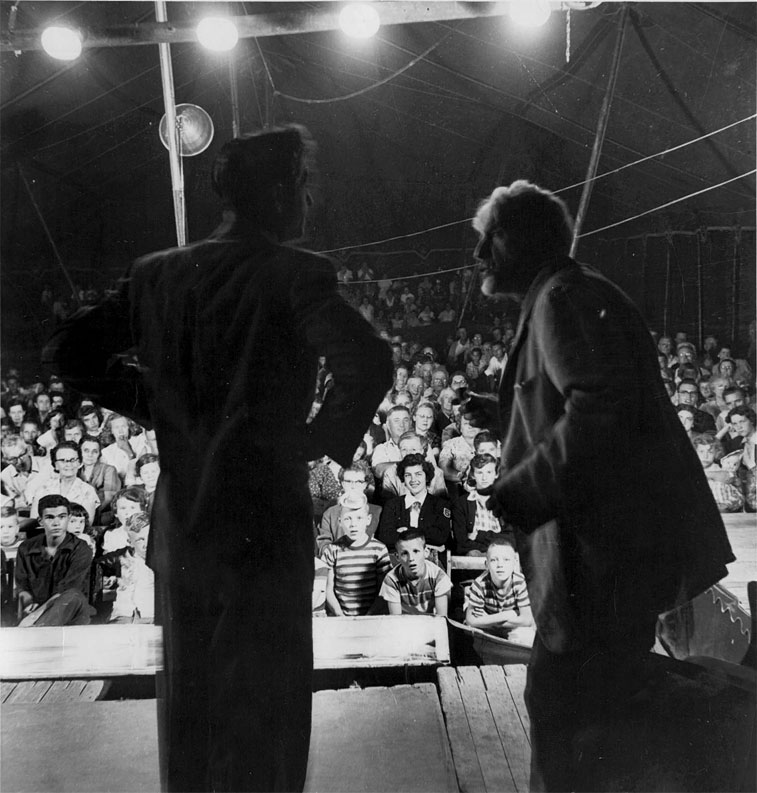 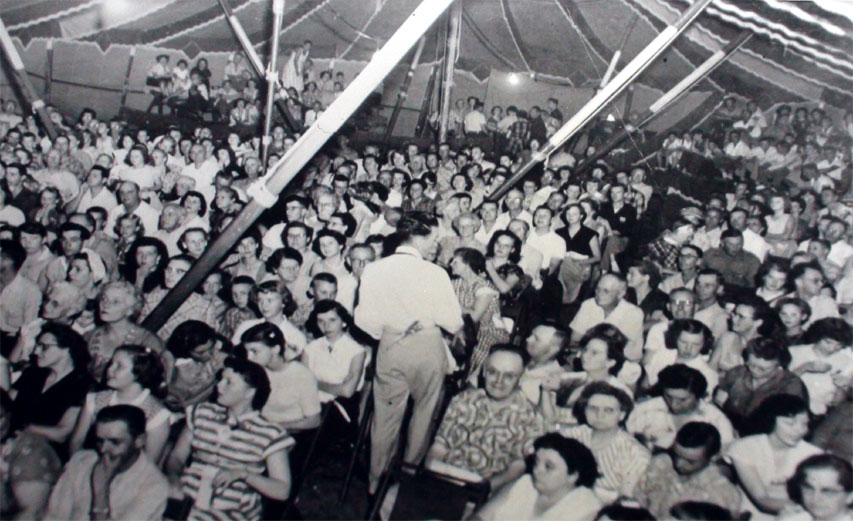 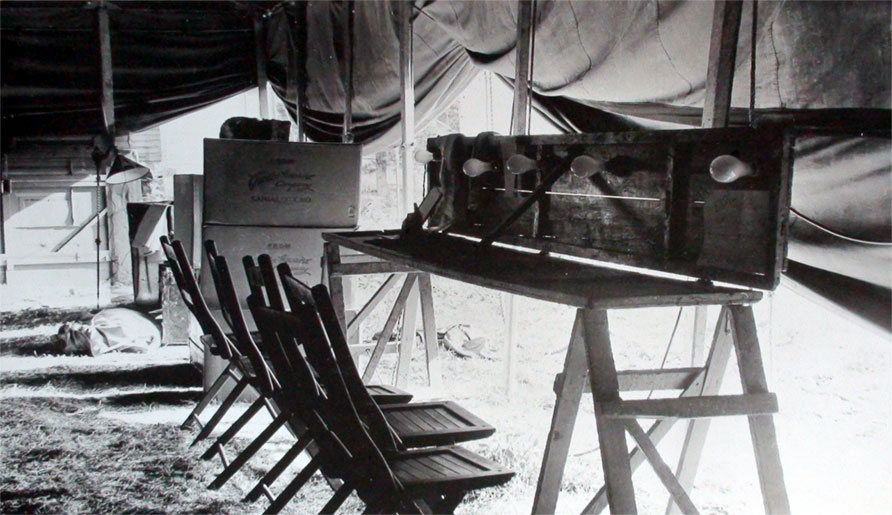 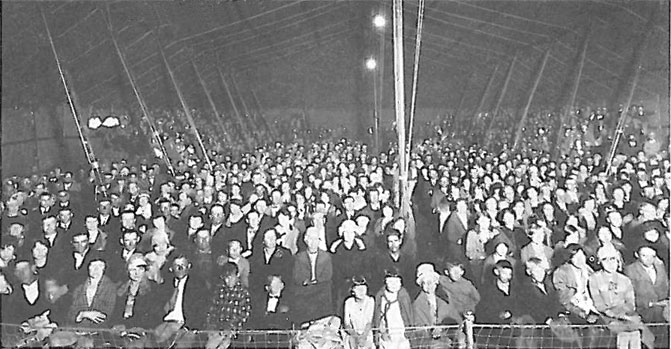 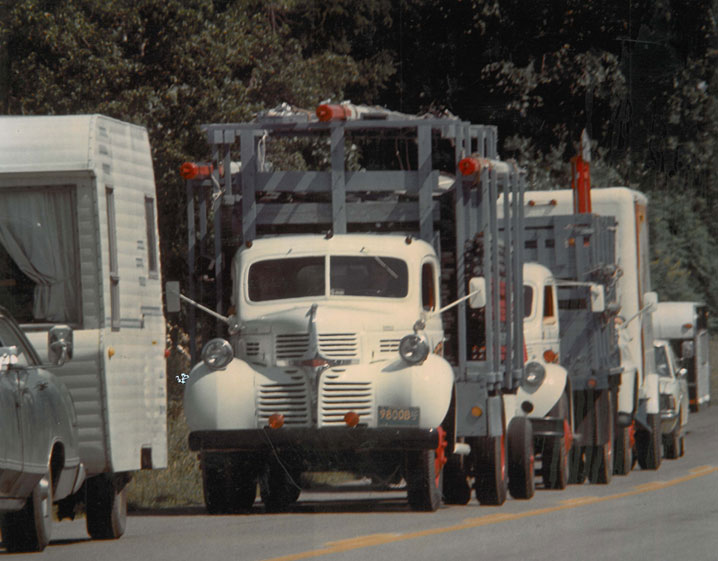 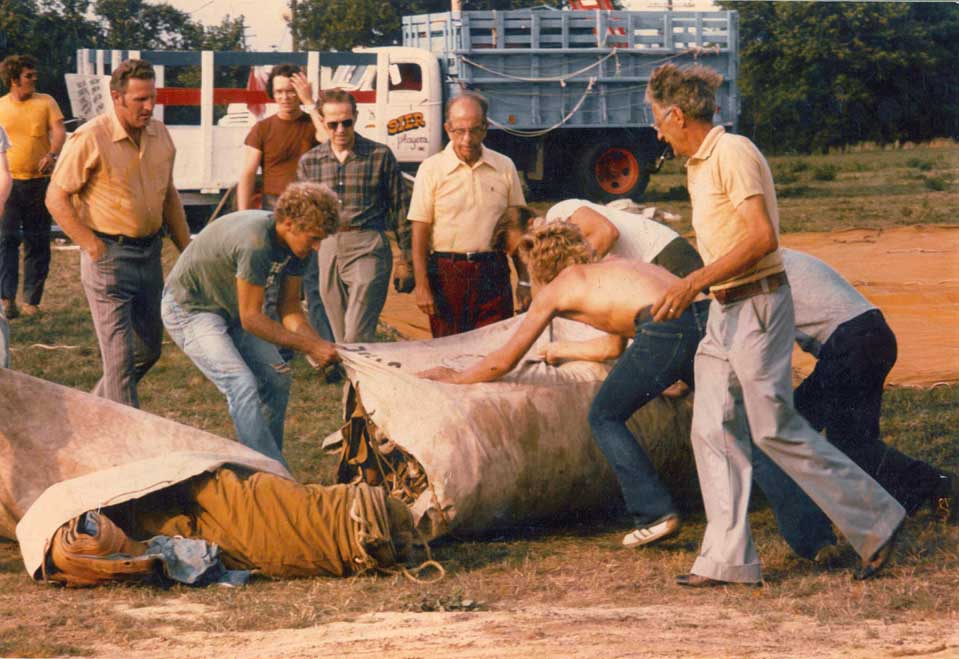 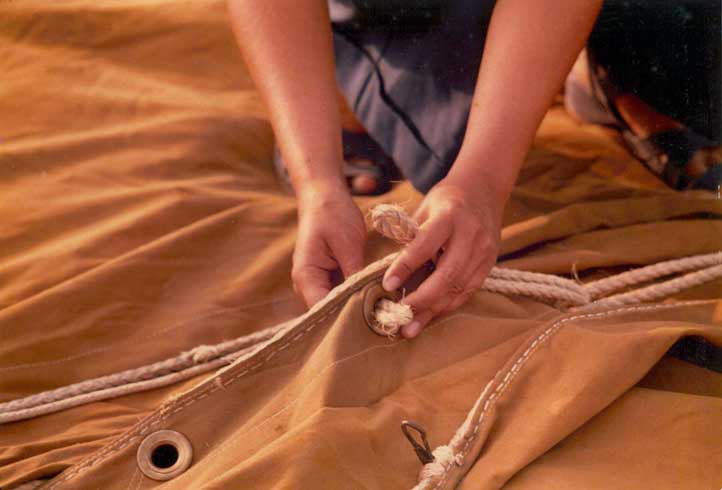 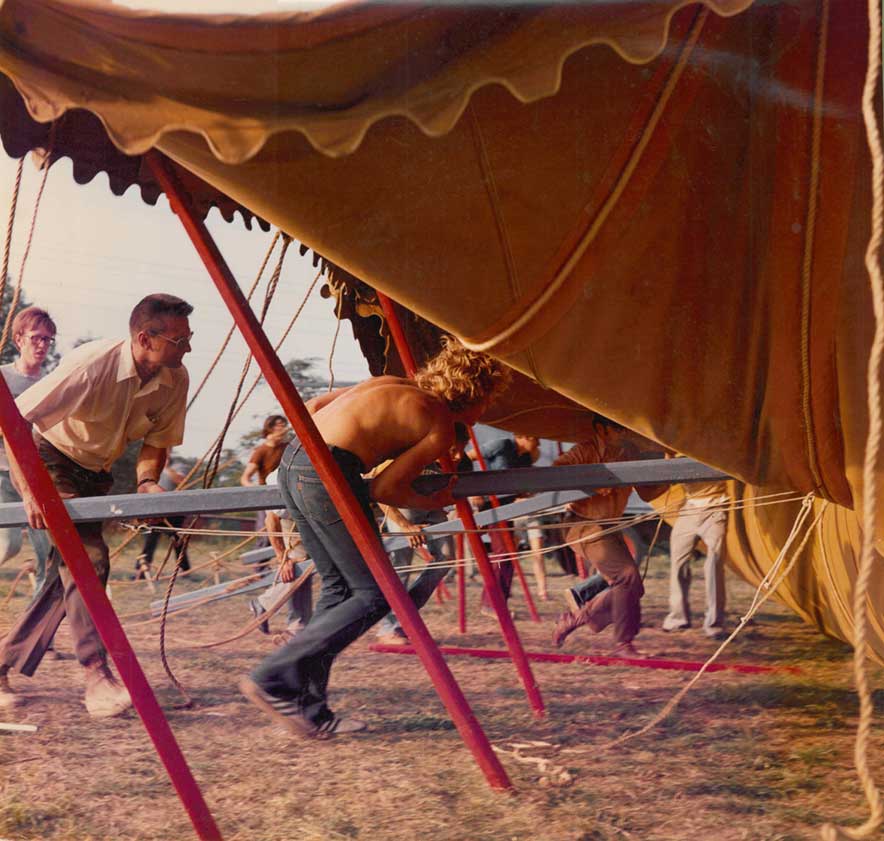 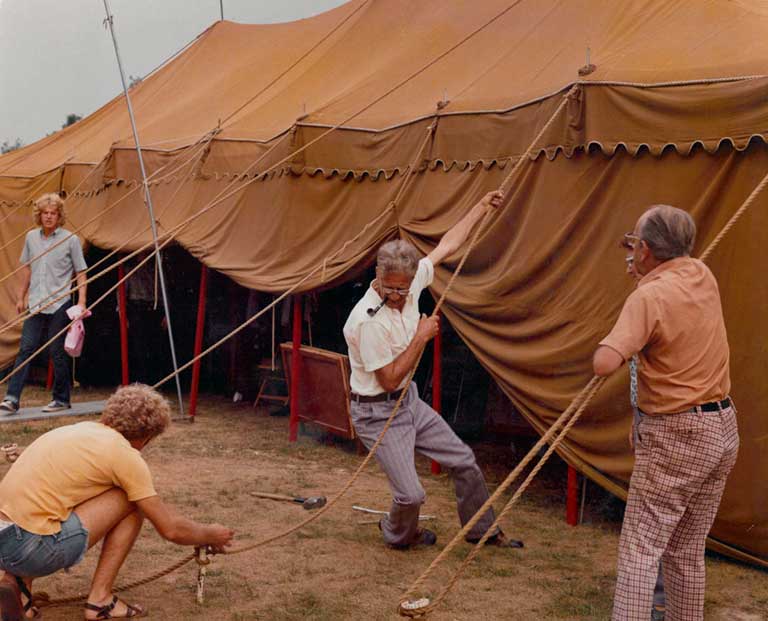 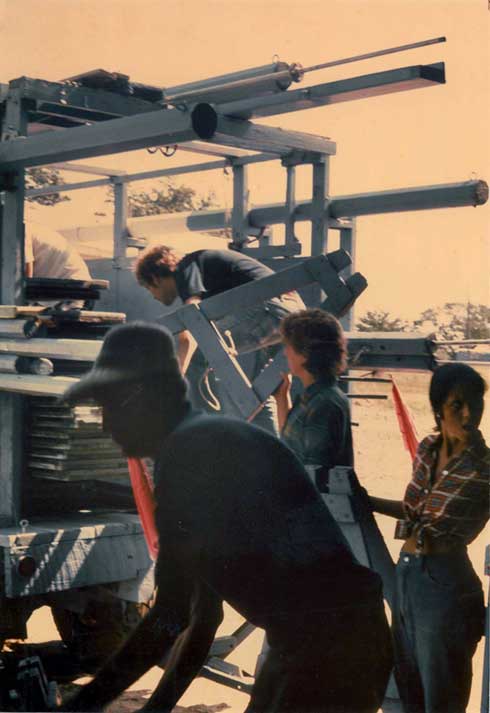 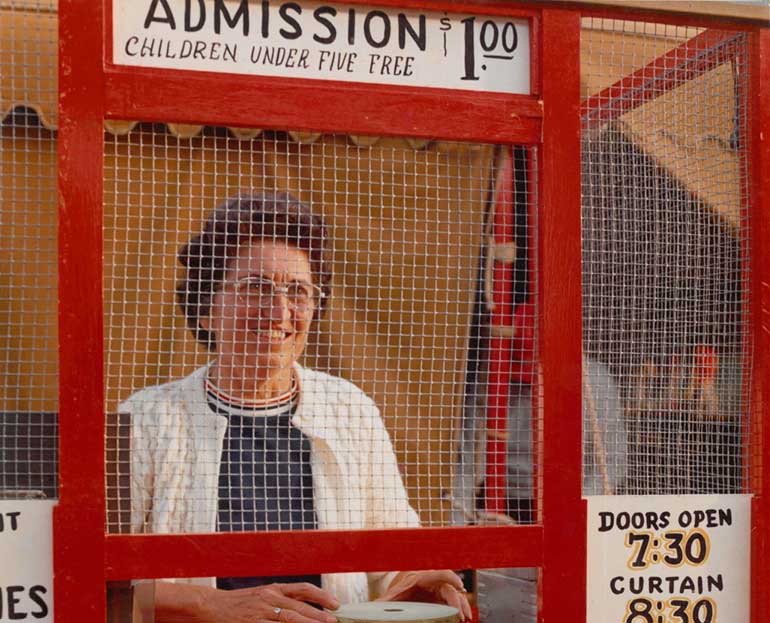 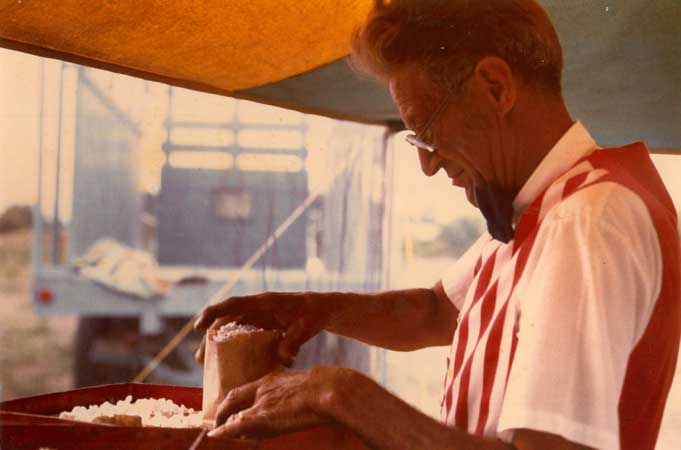 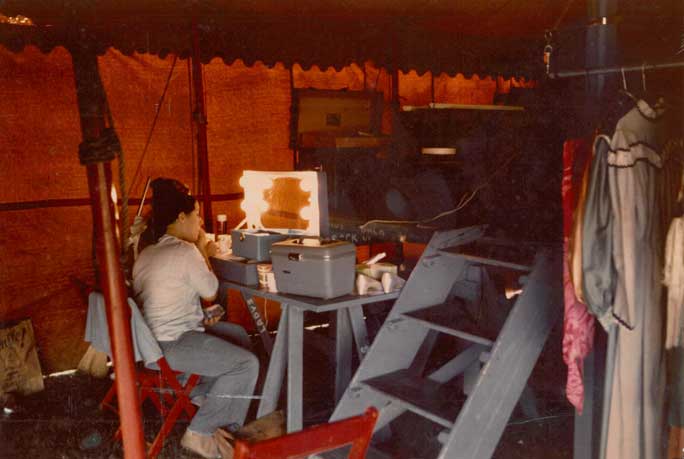